While most people know what anorexia means, it is clear that very few people have heard or are aware of the term megarexia. Well, this is an eating disorder whose main symptom is the perception that our body is totally healthy and totally thin when the reality is that the person is overweight or obese.

What does megarexia actually mean?

Megarexia is an eating disorder where the person sees himself in the mirror as someone with adequate and healthy weight when in reality suffers from obesity. It’s the opposite term of anorexia, where the patient perceives themselves to be much more obese than she/he really is.

When someone suffers from this problem, they see their excess weight as a sign of strength and vitality. They don’t understand why they have to get thinner when they look good that way. In fact, it is common for patients with megarexia to consider all those people who have a more balanced weight to be thin.

It is worth mentioning that with this disorder, as with others like anorexia or bulimia, there is a significant alteration in perception, which makes it easier to fall into an addiction. When looking in the mirror, the person sees themselves in shape and at an adequate weight.

This means that the situation tends to remain quite stable and rigid, with difficulty for change, practically at the same level as in other eating disorders. The person with megarexia generally maintains a hypercaloric diet. Such as industrial pastries, fried foods, sweets, or snacks to be at the forefront of their diet.

What are the symptoms of megarexia?

Patients with megarexia, despite being obviously overweight, do not appreciate that there is any problem, are proud of their physical appearance, and consider themselves “strong” or “energetic”.

As with the majority of psychological disorders, there does not seem to be a single cause that alone explains the entirety of this phenomenon. Several genetic, environmental, and social factors influence its appearance and maintenance.

It often happens that the patient suffering from megarexia grows up in an environment in which one of his parents (or both) has had an unhealthy relationship with food. If someone has grown up in such a climate, their chances of developing this condition are high.

According to various studies, people that suffer from megarexia could be using a psychological defense mechanism to avoid seeing reality.

It is very likely that there are elements, such as the person’s difficulty in controlling their impulses, tolerating frustration, or delaying gratifications.

The consumption of unhealthy foods usually lives with emotional self-regulation problems. Likewise, low self-esteem and a negative state of mind would be facilitating the emergence and maintenance of the problem.

Following unhealthy habits for a long time can affect health, causing serious illnesses. If we add to this that the person ignores that reality, as happens to patients with this disorder, the problem worsens.

Some of the most serious consequences of megarexia are:

Are you interested in losing weight with state-of-the-art solutions? Please schedule an appointment online and our team will contact you shortly! 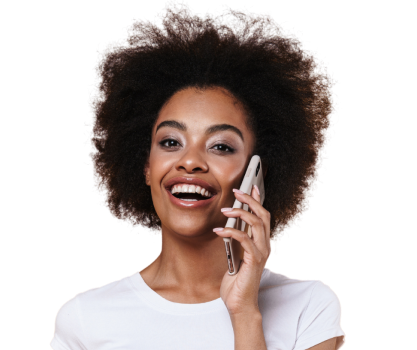 When the disorder is not yet fully developed, it is necessary to take measures as soon as possible to prevent its appearance. The best solution is education and correction of behavior and bad habits. The goal is to eliminate abuse and set limits so that the individual ends up following a healthy lifestyle. If the situation is too complicated, you can encourage their interest by offering them alternatives and prizes based on their achievements.

In some cases, it is decided to hospitalize the patient so as not to take greater risks. And, in others, there is also the possibility of performing non-surgical procedures like the gastric balloon or the endoscopic sleeve gastroplasty (ESG), or other similar actions in order to provide rapid help in weight reduction and avoid cardiovascular problems.

In the second phase, addiction treatment consists of re-education. The patient must undergo a change of habits to improve their diet and physical condition through diets and regular physical exercise. It is also usually complemented with psychological therapy to try to discover the causes that have led to the disease of megarexia.

If you want to learn more about surgical and nonsurgical weight loss procedures offered by Innova Weight Loss Solutions in Puerto Rico and New York, or to find out what options may be right for you, make an appointment online or call us at 973-963-2728. 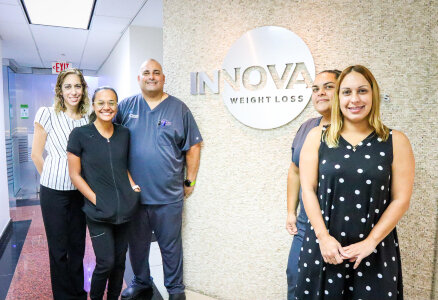